Migration Agent Perth and Migration agent Brisbane which one? 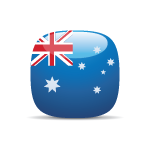 Which state to choose when migrating to Australia ?

Sydney has long reigned as the pin-up for expats wanting to move to Australia but in recent years Perth started nipping at its heels. Where most gap year students trod the right of passage of Australia’s east coast, the West Coast has now been unveiled to the world and is even more untouched and exciting.

Western Australia’s 20,000 + km coastline means adventure is on the doorstep for anyone considering moving to Australia’s largest state. Travel north from Perth and you can visit the water wonderland of Monkey Mia and the Ningaloo Reef. Further north you’ll arrive in Kimberley – the real wild west – meaning you can have incredible holidays without even having to go abroad. However if you do fancy a overseas mini break Bali, Indonesia is just three and a half hours away and can be bought for just £120 on average! How’s that for your local tropical getaway?

For weekends away, you can head south to the stunning, leafy regions of Albany, and Esperance – a great idea when the temperatures start to soar. Of course Western Australia is home to the world famous wine region of Margaret River situated just three hours south of Perth.

Western Australia is packed to the brim with stunning National Parks including the famous destinations of Kalbarri, Karijini, Purnululu and the Nambung National Park. Within an immediate radius of Perth you are also treated to the stunning Rottnest Island where you’ll find its most famous and cute resident – the Quokka. The Quokka is a small wallaby-like rodent that can be found all over the island. Locals and tourists alike will often take the ferry over from Fremantle to Rottnest Island for a day trip to enjoy its crystal clear coves and quaint secluded beaches.

Rottnest Island is also great for a day trip out with the kids, as is Penguin Island which is easily accessible from Rockingham. In the city, Perth locals are also treated to the wildly wonderful Kings Park overlooking the city horizon. It’s at Kings Park you’ll find a winding treetop trail as well as an abundance of flora and fauna – but don’t be expecting to see Koalas up in the Eucalypts as you’ll only find those sleepy marsupials on the east coast, so we guess we’ll have to give them that one!